By Nathan Lumbatis, Ed.S., LPC, NCC (And some other letters that don’t make sense to normal people)

What are the warning signs that your child’s poor behavior may be growing into something worse?  How can you tell the difference between problems like ADHD and just plain rebellion? When should you bite the bullet and ask someone outside of your family for help with parenting ideas? When should you consider getting your child tested for something like ADHD instead of trying another discipline plan?

Good questions. Every parent would love to have these answered in black and white, but it can be daunting and confusing sorting through all the books, articles, blogs, and websites written on the subject, not to mention the varying opinions of your friends and families. Of course, we also have to throw into the mix the counselor’s opinion, the teacher’s note sent home pinned to your child’s backpack, and your precocious, little angel’s thoughts on the matter. The school year is in full swing, and with it the inevitable, emotionally-charged problems many parents face when dealing with their children’s behavior. But with all these opinions floating around, how do we know who to listen to and what action to take?

I believe we must first realize that our priority in parenting is to “nurture our children in the fear and admonition of the Lord” in order to “Train [them] in the way [they] should go, [so that] when they are old, they will not turn from it” (Ephesians 6:4 and Proverbs 22:6).

These verses, among others, seem to link the presence of discipline with the growth of Godliness in a child’s heart. Because the issue of discipline is so evidently important, let me emphasize that no one’s opinion should take the place of seeking the Lord’s will through prayer. Always go to God first, acknowledging that neither you, nor anyone, knows your child or teen’s heart better than God. Also, take time to affirm that raising children is an exercise in stewardship—taking care of what is really God’s and not ours. In other words, our goal should be to sensitize ourselves to God’s perspective and plan in parenting rather than to the that of the latest trend in psychology. After this, it may be easier for us to pick out the truth from the wisdom of the world, which is in a state of constant flux. Even with this perspective, however, it can be difficult sorting through all the information touted as Biblically-based. To make it easier, here are two lists of questions, compiled from Biblically sound sources I trust, which may help guide you in assessing two important questions:

1) How can I tell if my child’s present behavior is the foundation for rebellion, and

2) Is my child’s acting-out behavior being complicated by ADHD? 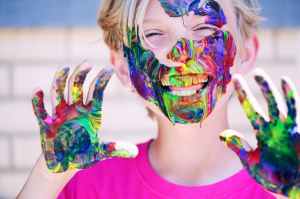 Indicators That ADHD Is Complicating Behavioral Problems (Many from above, PLUS, many of the following) 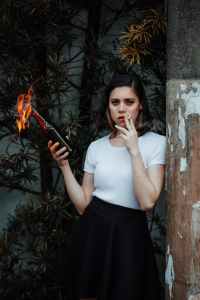 If you find yourself answering yes to more of the questions from list one than list two, there is a good chance that you are dealing with issues which are primarily behavioral—stemming from your child’s own self-centered, sinful, willful nature, inconsistent parenting, or likely both. And by the way, no judgment, people. I’m far from a perfect parent too; consistency is hard.

Back to the issue: these are problems which can be solved, behaviors which can be changed through the consistent, loving discipline of spiritual parents. Depending on the severity of the behavior, they may be easily handled without outside intervention. If the state of their behavior has reached a level where you, the parent, feel out of control, however, you may find seeking an extra-familial perspective helpful.

If you found both lists describe your child:

1) Your child may not be disobedient to an abnormal level, but might nevertheless struggle with impaired ability to focus and/or control impulsive behavior, and

2) You and your child might benefit from professional help. There are many ways to go about seeking such help, but my recommendation is that you look for a practice with objective methods of assessment with professionals who are careful with diagnosing and conservative when it comes to medicating children.

So, if your child is acting rebellious, disrespectful, disorganized, and/or incapable of focusing and you are wondering what steps to take, consider the following plan of action:

1) Pray with your spouse to seek God’s direction

3) Make a list of how you normally deal with these behaviors (e.g. Ignore them? Punish them? Give in over time? Spank? Erratic consequences? Change punishments to lessen the severity? Etc.)

4) Confront yourself with what the Bible says about discipline. Are you in line with God’s plan?

5) Consider reading the following books: Boundaries with Kids, by Cloud and Townsend, Shepherding a Child’s Heart, by Ted Tripp and  Parenting With Love and Logic, by Cline and Fay. Neither of these books is perfect, but they present concepts which are Biblically based and can be used to help you diagnose where you may be week in your approach to parenting.

6) Finally, if changing your parenting approach doesn’t work, then consider enlisting the help of an objective third party who can guide you with Godly counsel.

Did I mention Counseling Resources has three child therapists?

If you’d like to talk with myself, Carrie Mega, LPC, or Lori Chancy, LPC about parenting, behavior, ADHD—or anything else for that matter—give us a call!

Send us a message HERE.

*All photos are from Pexels.com